Not letting (just) anyone rent space in my head

Twitter streams, RSS feeds, inbound email, facebook updates, linkedin, man it is easy to lose yourself in the constant chatter of the current age. I fight every day to rise above the wash of minutiae and think about the things that really matter in the longterm.

Also, some great inspirational thoughts that arrived on my screens yesterday to help me:

* “Starting at the beginning of February, I made a change. Each day I blocked off a precious hour to build something.”:http://www.randsinrepose.com/archives/2012/02/29/a_precious_hour.html. Hear hear. Creating is hard hard work but is infinitely more rewarding than consumption.
* “So next time you hear something, or someone, talk about an idea, pitch an idea, or suggest an idea, give it five minutes. Think about it a little bit before pushing back, before saying it’s too hard or it’s too much work. Those things may be true, but there may be another truth in there too: It may be worth it.”:http://37signals.com/svn/posts/3124-give-it-five-minutes. It is super important to keep my brain open to new ideas and not just wallow in the stuff I already know, so I do need to keep a little brainspace open for other’s ideas.
* “…so I’ve started forcing myself to ask the other person at least three questions about their opinion. Forming those questions helps me think. Often, my gut negative opinion changes. Sometimes, the questions change the other person’s opinion. There is no downside.”:http://dcurt.is/three-questions. Another way to keep the brain open. 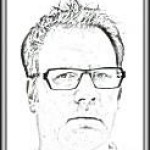